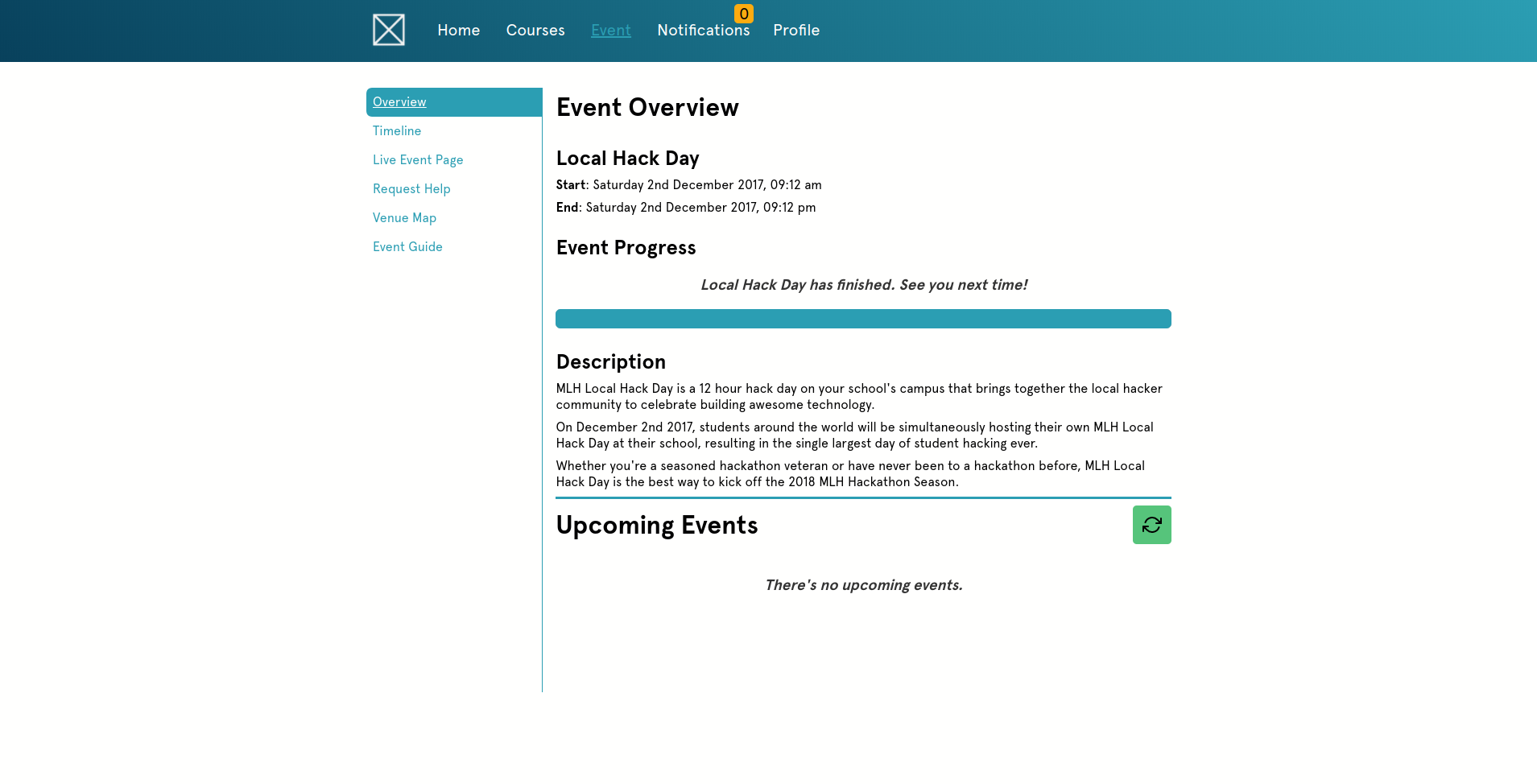 Omnidash is an open source events dashboard built in Ruby on Rails and React. It was primarily built for managing hackathons (primarily the Hatch hackathon), but since the Hatch branding was removed, it could be used for pretty much any large event.

Hatch was a hackathon that ran in late November 2017 at University College London. The aim of the hackathon was to provide a learning experience that is fun and rewarding for both coders and non-coders alike, as well as focusing on closing in the gender balance in the tech industry. It was run by the teams at UCL Entrepreneurs and She Can Code

The Hatch online portal is a webapp that allows attendees to log in and keep track of their progress completing our coding courses. In addition to this, the system also allows attendees to get live updates and information about the event, including a timeline of events, venue map/help, and registering for submitting their projects. Finally, we’re planning on adding a mentoring system to the app, so that attendees can request help from our awesome team of mentors.

Below is a screenshot of a very early work in progress design of the home screen. At this point, it was just a mockup and wasn’t yet fetching data from the server. 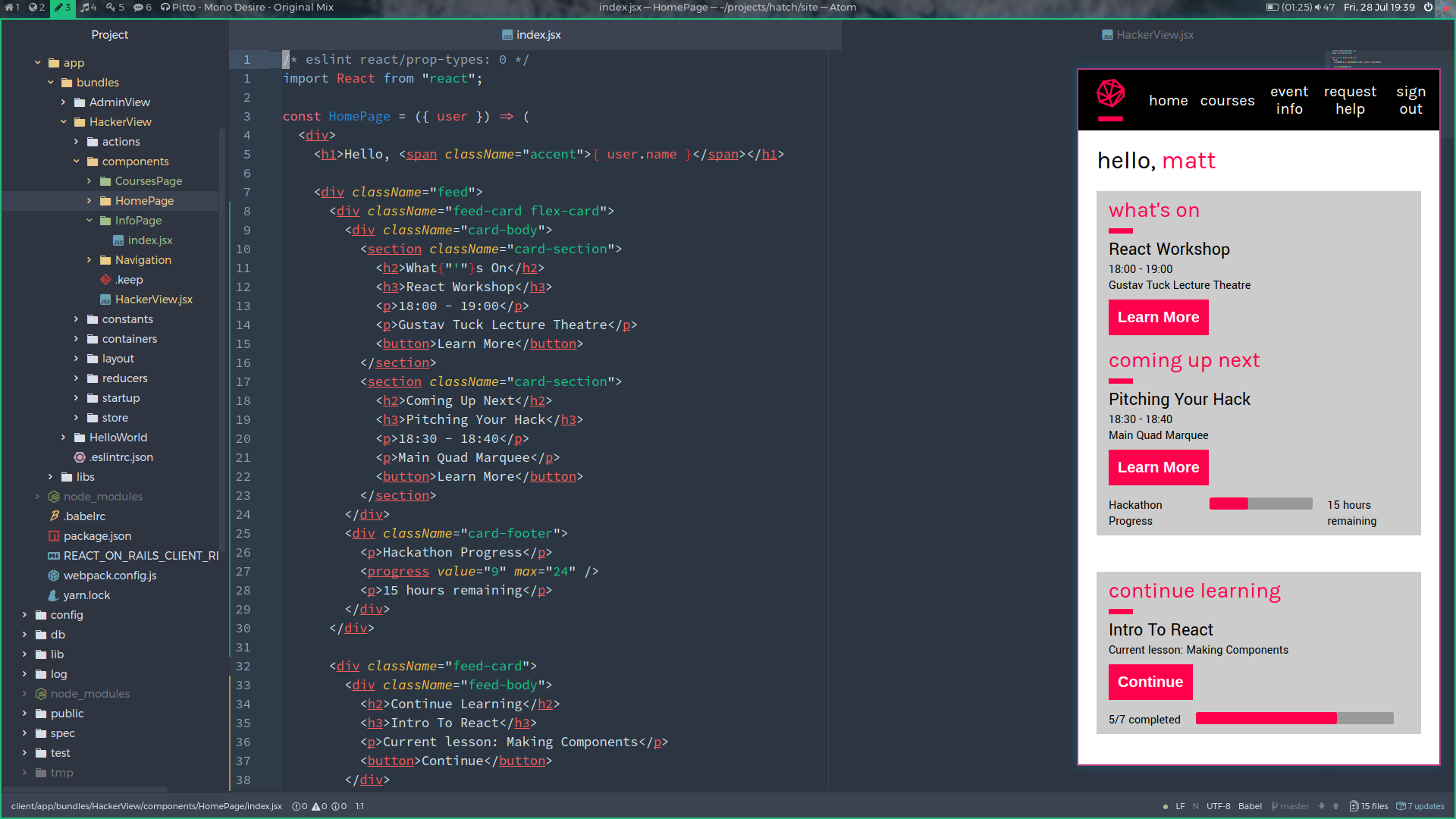 Building the API and improving the front end design

The next step was to begin building the API. Rails is surprisingly good for writing APIs, and its integration with RSpec meant that I could very easily write tests for all my server code. While doing this, I also added some new features, including overhauling the front-end design and adding real-tiem notifications sent via a websocket.

After the Hatch event, I removed the Hatch branding and Omni Dash was born (will probably change the name once I find something better). It mainly meant that I had an excuse to add a cool blue gradient to the header.

It uses a Ruby On Rails server to serve up the front end app, as well as provide a JSON API that the app can use to fetch and send data to and from. The system also uses Redis and ActionCable for real-time notifications.

The frontend is written using the React and Redux libraries. The app is being straight from the Rails server, although it is purely client-side rendered to try and prevent the server from being overloaded during high usage! The design is responsive and was originally based upon a branding document provided by the folks at SheCanCode.

The user interface was mainly designed by me, and the design will continue to change as the app evolves. I’m looking forward to seeing how the app progresses in the future!